MY SPECIAL PERSON AND SOME INCIDENTS IN MY LIFE SO FAR.

MY SPECIAL PERSON IN MY LIFE:

If I have to remember someone in my life who is special and will be forever alive in my memory, then there are few persons I have to name them. I am going to unfold this truth of mine to myself because I don't know if someone there on the other side of the world are listening or seeing this. I and my life in this four decades, few people have imprinted me on my mind and heart.

In my childhood, watching movies at Makhan Tole and Bhedasing; at the Cinema halls- Kumari and Vishojyoti with a third class tickets. The most influential actor which made me feel wow and pretty emotional was none other than Amitab Bacchan. His style, the way he talks,his character in the film and the role he played truly moved me a lot. I didn't analysed this way at first during childhood. I was just moved by his act.

Every new film of Amitab Bacchan was enthralling to see and never missed if the telecast was being repeated on the television again. I could lose anything just to see his movie completely. It was then before my school leaving days during 80s'. It was the time when a person move with his energy wherever it swung.

ONE OF THE INCIDENT I REMEMBERED DURING SCHOOLDAYS.

That was the time, a boy might get infatuation!! Yes, same as this. I loved one of the class girl in my school. It wouldn't be such a remembrance as I still today because something had happened which made this emotion deep inside imprinted like never will be erasing again. Just carved in my heart. Because to that girl I loved which I hadn't expressed to her, one of my close friend proposed her with a letter. Such a cross to my heart. I cried after returning home in the evening. That was my first crush ever with a girl!

This heart breaking incident made me refrained from girls. One day after SLC exam and during holidays, someone had called in my home land line number and one of the family member received and gave it to me telling me someone asking me. I was quite surprised and that was one of the girl from the school. She was reciting poems on the phone and played guitar for me omg! I was quite awkward in front of other family members. But, she knew what she was doing. I didn't recognized even though she said her name. I had to hang up the phone abruptly but that name was in my mouth and inquiring about her to one of my friend who studied in her class section as she mentioned me on the phone. The search didn't end until I found her during my classes of Bachelor at KU. I came to know she had flew to India for her 10+2 after SLC and returned to Nepal for her Bachelor. Now, she is happily married with children living in USA.

My special moments with my father:

One time early 20s' I was at recovery phase taking medication daily. Doctor told my nervous system was taking baby steps again. I  used to wake up early morning and go to the morning walk every day with my father. We used to play badminton, football until tired, up at the airport area which wasn't restricted much like these days. Every day walking and to buy vegetables seemed to be a daily routine. Visited the doctor with father made me feel always new and interesting because we had to go to near Swaymbhu Nath temple from home. I loved to visit doctor's place. Along the way to visit and morning walks, we used to have talks sometime.

There are few occasions I had chance to travel with him. I felt really relaxed and visiting Nepalese cities and valley. We had a journey by air, bus, van and jeep. But never got chance to visit by horse hummmm. But he had been to Dipayel and some riding horse journey on his offical visit.

Posted by Chrisangelonagiffin at 1:35 AM 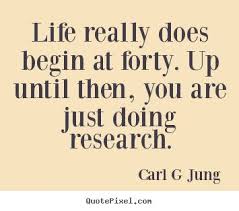